The Country House Casale San Giovanni is situated in Località Vivoli, 15 km from the historical centre of Massa Marittima, a rich city of testimonial art, once an important mine producer. The city is rich of picturesque scenery, the splendid Garibaldi Square is surrounded by medieval buildings with its Gothic Roman Cathedral. The "Città Vecchia" (Old City) is full of beautiful buildings with its ancient coat of arms spread on the facades, among the most important The Palazzo Comunale (Town Hall) and Palazzo Pretorio (Magistrate's) this last hosts frescos by Lorenzetti and Sassetta as well as the Archaeological Museum. Impressive medieval walls dominated by the Torre del Candeliere (Candlestick Tower) which was part of the ancient fort built by the âge MassetaniacÂ in 1228 and united with the Senese Fort by a bridge arch launched in 1337. There are numerous handicraft shops along the historical centre streets. There is an important ceremony in Massa Marittima called "Balestro del Girifalco" (a cross bow competition in costume) which follows the Sunday after the 20th May and the second is in August. Casale San Giovanni is 15 km from the coast with sandy beaches in Follonica and Punta Ala and is easily reachable to Siena, Firenze, Volterra, S. Gimignano and Vetulonia, one of the most ancient Etruscan cities. Nearby Massa Marittima is Lake "Accesa" and the surrounding archaeological area goes back to the middle of the VI century A.C . 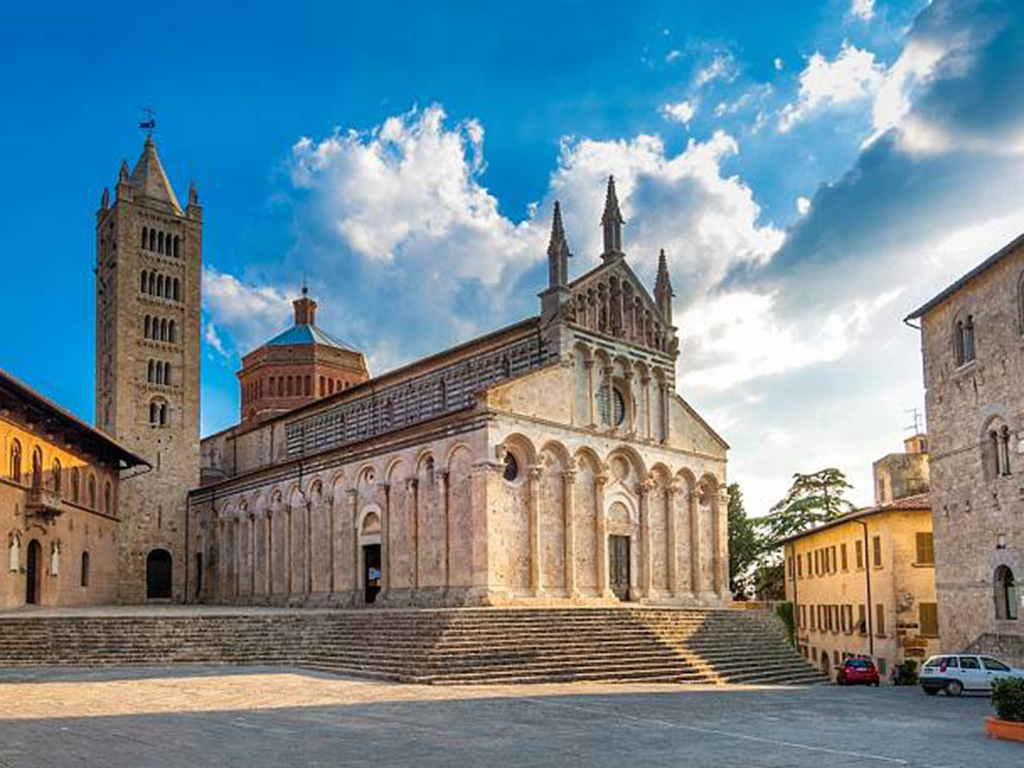